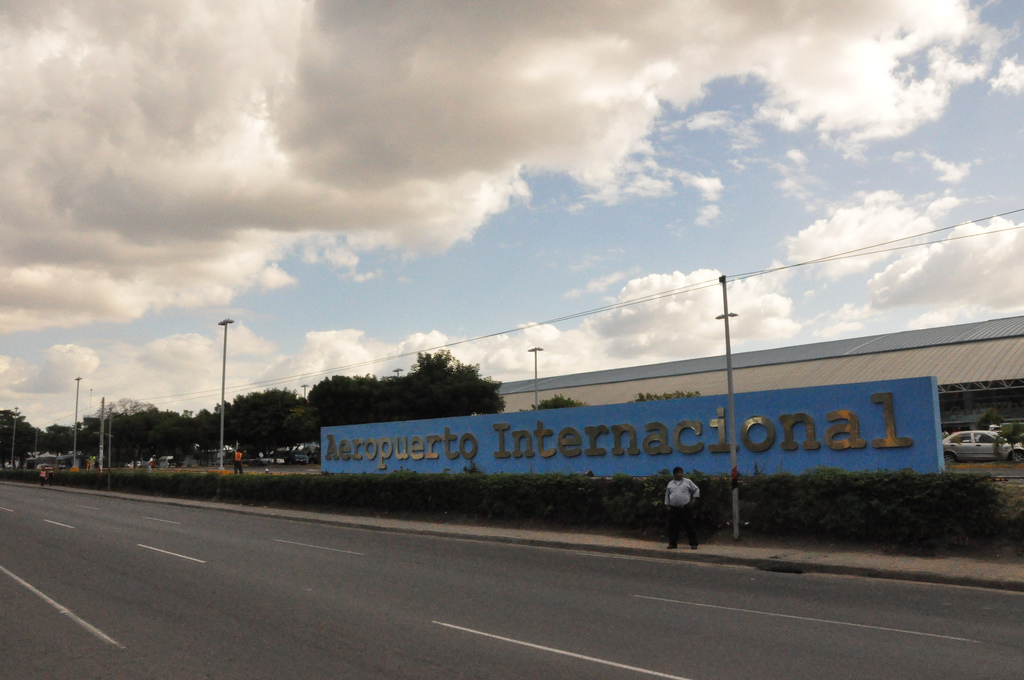 It’s freaking hot! – we’re pretty sure that will be your first thought. The humidity, the sun, the blue sky. The main question then becomes: how to get from Managua International Airport to the city center? (although we don’t really have a center, you’ll find out about that eventually).

Normally, a trip like this one may imply three things:

You’ve got a REALLY nice friend who will pick you up at the airport and drive you to your Managua hostel.

You come to terms with the idea that some things are not as cheap in this country, and end up paying between US$25 and US$30 for a cab ride from the airport to your hotel.

You bring a “daredevil” attitude and pay US$0.20 (around C$6 córdobas) for public transportation. Although we don’t really recommend it because, as you may have read on international travel guides, our busses are not that comfy, punctual or clean. But if you want to do it, go ahead!

In any case, here’s what you have to do in order to get from the airport to the city “center” or to La Bicicleta Hostal: 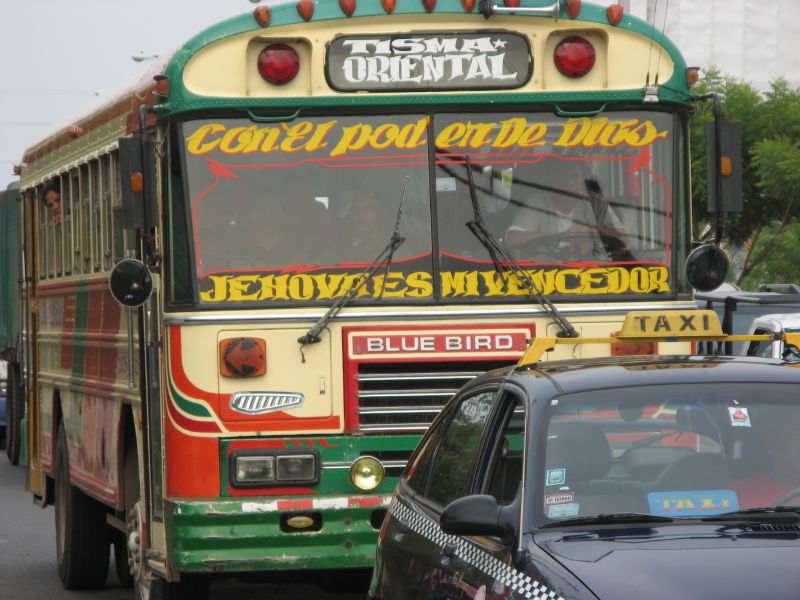 1. Leave the main terminal of the airport (the only exit for International Arrivals) and walk all the way to the other side of the highway (be careful, vehicles won’t wait for you to cross. You’ll have to wait for them to pass by the road).

2. Once you are on the other side of the highway, walk about 30 meters to the next bus stop, which is located right beside the entrance of Las Mercedes Hotel.

3. Hop on bus #266, which heads to the South of the city. This will cost you around C$2,50 córdobas per person ($0.08 USD). We highly suggest having the exact amount or small bills when paying the bus driver.

4. Tell the bus driver that you will get off at “El Nuevo Diario” (this is one of our national newspapers) and ask him to let you know when to jump off the bus.

5. Now that you’ve arrived at El Nuevo Diario, remain in the same stop and take the bus #114 or #120. Tell the driver that you will get off at Metrocentro. Ask him to let you know when you’ve arrived at the place.

6. Walk about 2 blocks South towards “Plaza de Las Victorias (Victory Square, in English). This is one of the reference points of the new city “center”, which you’ll recognize due to the statue of Alexis Argüello, one of our most famous boxing fighters (he died on July 1st, 2009).

7. Now, walk towards the West (right) on Avenida Miguel Obando.

8. Take a left in the first street where you’ll spot a big restaurant in the corner called “Piratas”. From there, walk 2 blocks, then turn to the right (West) and walk for about a block.

9. Then, take a left (South) and walk to the end of the street and take a slight right (West).

10. Half block from that point (5 or 6 houses) you will see La Bicicleta Hostal on your right.

Taking a cab right outside the Arrivals Section of the airport might cost you a couple of additional dollars than going to the main street and take one from there. But we recommend you to do it because it might be safer to pay those extra bucks in order to get to the city. In any case, here’s what you should do:

1. Leave the Main Terminal (the only exit for International Arrivals) and walk all the way to the other side of the highway (we call it “Carretera Norte”).

2. Stop a taxi and ask him to take you to “Plaza de las Victorias” or directly to La Bicicleta Hostal.

4. The fare shouldn’t be more than $15 USD, but expect a higher price. It is common that taxi drivers charge more to tourists. Feel free to bargain if you’re up for the challenge.

It might be useful to know that La Bicicleta Hostal offers a shuttle service from/to Managua International Airport. This is a great option. It’s safe and will save you a lot of energy since you can book it in advance. Trying to deal with taxi drivers, bus stops with no signs and public transportation might be exhausting for you.

If more than a person requests the service, the fare could be lower because we don’t charge per person, only per ride.